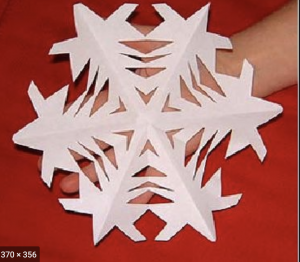 Did you know that snowflakes come in all sizes?

The average snowflake ranges from a size slightly smaller than a penny to the width of a human hair. But according to some unverified sources they can grow much larger. Witnesses of a snowstorm in Fort Keogh, Montana in 1887 claimed to see milk-pan sized crystals fall from the sky. If true that would make them the largest snowflakes ever spotted, at around 15 inches wide.

Did you know that snow falls at 1 to 6 feet per second?

At least in the case of snowflakes with broad structures, which act as parachutes. Snow that falls in the form of pellets travels to Earth at a much faster rate.

Did you know that a little water can add up to a lot of snow?

The air doesn’t need to be super moist to produce impressive amounts of snow. Unlike plain rainfall, a bank of fluffy snow contains lots of air that adds to its bulk. That’s why what would have been an inch of rain in the summer equals about 10 inches of snow in the colder months.

Did you know that the snowiest city on Earth is in Japan?

Aomori City in northern Japan receives more snowfall than any major city on the planet. Each year citizens are pummeled with 312 inches, or about 26 feet, of snow on average.

Finally, did you know that snowflakes aren’t always unique?

Snow crystals usually form unique patterns, but there’s at least one instance of identical snowflakes in the record books. In 1988, two snowflakes collected from a Wisconsin storm were confirmed to be twins at an atmospheric research center in Colorado.

Now that you’ve learned all kinds of facts about snow, let’s use the “A” in “STEAM” to make some snowflakes! Watch the video tutorial below and then try to make your own!