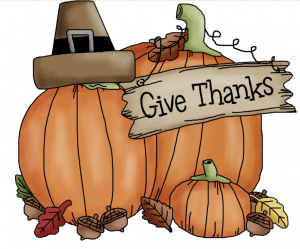 For this challenge, you will need to…

Where: PAC at WMS

If you are interested in participating, please email Dr. Spady at spady.lynn @ westside66.net

CS Ed Week is December 6-12 and it is an annual event to inspire students to learn about computer science, advocate for equity, and celebrate the contributions of students, teachers, and partners in the CS field. https://www.csedweek.org/

If you want to save your progress:

2. Go to course catalog on the top left

3. Scroll down and click on hour of code view more choices.

4. Take a screenshot of your certificate when your project is complete.

It may seem like the semicolon is struggling with an identity crisis. It looks like a comma combined with a period. Maybe that’s why we toss these punctuation marks around like grammatical confetti; we’re confused about how to use them properly. This lesson offers some clarity and best practices for using the semicolon.

1.  Read the article and answer the quiz questions.

3.  Create a product based on your learning.  Below are a few tutorials if you need an idea.  NOTE:  Always ask for adult permission/supervision when using tools like hot glue guns, scissors, etc.

Make a video of your product and/or take pictures of it in use.  Upload your project to your drive and make it sharable.  Copy the link and paste it in the Google Submission Form: https://forms.gle/YDo6t5MDXW8vA1q58

Modifiers are words, phrases, and clauses that add information about other parts of a sentence—which is usually helpful. But when modifiers aren’t linked clearly enough to the words they’re actually referring to, they can create unintentional ambiguity.

Incorrectly placed modifier: Perched up high on a tree branch, I yelled at the cat to leave the sparrow alone.

Meaning: I don’t tangle with a tabby unless I am perched 10 feet up in the air.

Correctly placed modifier: Seeing a sparrow perched up high on a tree branch, I yelled at the cat to leave him alone.

Meaning: ohhhh….the sparrow is up in the tree. Watch out little sparrow!

#1 Read this teaching page to look over some modifier examples.

#2 Watch this TED Ed video and take detailed notes about modifiers and their placement and navigate the sticky world of misplaced, dangling and squinting modifiers.

#3  Make a visual explaining modifiers with examples of how they are used. Also include your own sentence with a misplaced modifier and then correct the sentence so that the reader understands the meaning.

Challenge:  Do more research about misplaced, dangling and squinting modifiers. Include what you learned in your visual.

Thank you to those of you who tried the first EY Challenge of the year.  If you did, this challenge is an extension of that.  If you didn’t do the first challenge, no worries.  This video should help you get started.  Also, here are some basic steps:

1. Draw a picture on paper or using an app on your iPad.    Start with something simple like an animal. I drew this cow using Drawing Pad.  Take a picture of your drawing or take a screenshot. 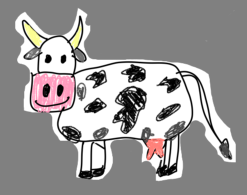 2.  Go to Safari and type in bitsbox.com and in the upper right corner select “kids sign in” and use your Westside Google Account to sign in

3.  From there, the video below should walk you through the steps.

This code is in the video, but here is another copy of what you’ll be typing in on Bitsbox.

Don’t forget to submit your work!

NewzBrain provides a weekly online Civics Challenge covering a wide variety of topics.  Check out a sample NewzBrain Civics Challenge by clicking the link below to see if it’s something you’d be interested in doing.  https://newzbrain.com/StudentWeb/OnlineLeague/Demo

If you would like a NewzBrain student account to participate in the Weekly Civics Challenge, email Dr. Spady.

Weekly leaders will be posted on our leaderboard at: https://ey.westside66.org/newzbrainleaderboard