Looking for a really fun STEM challenge that you can do at home? This mystery bag STEM design challenge is a blast!

In this design activity, you will use a bag of mystery materials (an assortment of recyclables and other random items) and then a challenge card stating a building challenge to do with those materials. Then you use those “mystery” materials to complete the challenge.
Step One: Gather Materials

Place about 8-12 items into the bag. You’ll want to be sure the items are varied. Each bag should contain at least one larger item that can serve as a base for the design, and then an assortment of smaller items.

Step Four: Draw a challenge card. You could put the cards in a container to draw from or place face down on a table.

Step Five: Complete the challenge on the card using only the materials in your bag. Bonus: Earn a  badge. If you complete FIVE mystery bag design challenges, you can earn the Mystery Design Challenge Badge. Go for it!!

Here is video I made at my old school where I challenged my students to create an innovative dog toy. Just ignore anytime I say, “Hey Bobcats”

The Luhn algorithm or Luhn formula, also known as the modulus 10″ or “mod 10” algorithm, was developed in the 1960s as a method of validating identification numbers.  Number communication accuracy can be using this formula

Read this article about the formula and how it is used in real life to catch errors when shopping online.  Research the creator Peter Luhn and make a timeline about his life.

In this video you will learn how to use the Luhn Algorithm. Make the table on paper as you watch.

Math challenge presented by CEMC math POTWC-20-NN-PA-21-P . Print it out, read the page and look at the different strategy that they present to you. Try to figure out the last challenge. Answer key for challenge. You can use this to check you work.

Do some math problems and earn PRIZES!

Engineers Week (EWeek) is THIS WEEK and you can celebrate with MATHCOUNTS by solving their 5 Problems of the Day (linked below).  BONUS: Just for participating, you’ll have an opportunity to earn some prizes! Pictured above is one of my favorite poets – Amanda Gorman. In the picture, she is reading a poem at the inauguration of President Joe Biden! And, she is just 22 years old!!

Amanda Gorman is the youngest inaugural poet in U.S. history, as well as an award-winning writer! She has written for the New York Times and has three books forthcoming with Penguin Random House.

Born and raised in Los Angeles, she began writing at only a few years of age. Now her words have won her invitations to the Obama White House and to perform for Lin-Manuel Miranda, Al Gore, Secretary Hillary Clinton, Malala Yousafzai, and others.

In 2017, Amanda Gorman was appointed the first-ever National Youth Poet Laureate by Urban Word – a program that supports Youth Poets Laureate in more than 60 cities, regions and states nationally. She is the recipient of the Poets & Writers Barnes & Noble Writers for Writers Award, and is the youngest. board member of 826 National, the largest youth writing network in the United States.

Click on the link below to watch Amanda Gorman read her poem “Talking Gets Us There”.

HERE’S YOUR CHALLENGE: WRITE A POEM OF YOUR OWN!!

Go to https://www.poetry4kids.com/ to explore! Click on the “Poems” tab to read poems others have written to help you gain some inspiration!

Under the “Lessons” tab, you’ll find poetry lessons, as well as a rhyming dictionary!!

Submit your poem in the comments below. Step 2: Look over the Tweet options below and choose one to complete. How can you solve this problem without drawing a picture on paper?

Use one of the resources below to solve the problem.

For this challenge, create your best snow person/people, forts, and/or other snow creations!

Learn about the engineering behind snow building by watching the videos below.

Send a picture of your project to your teacher asking them to forward it to your email. Make a pic collage showing what you learned.

We will celebrate National Unicorn Day on April 9th. Check out these  fun unicorn topics to stretch your knowledge about this mythical beast to get ready! 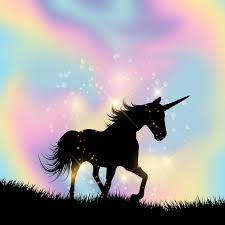 Create your own unicorn fact page

Make a trivia game about these creatures

Book-How to Catch a Unicorn

Make a list of the traps they tried in the book.

Make a drawing of your own plan for a unicorn trap.

History-Find out about the History of Unicorns

Make a web  diagram with information from the article. 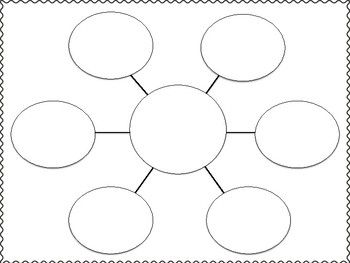 In the news-The Unicorn Puppy

Summarize this article in 3 sentences

Include a description about where it live, what it looks like, what it eats, and its powers.

Include a picture of your unicorn in its habitat

Make a pic collage about your unicorn and its features.

We will celebrate National Unicorn Day on April 9th. Check out these  fun unicorn topics to stretch your knowledge about this mythical beast to get ready!

Create your own unicorn fact page

Make a trivia game about these creatures

Book-How to Catch a Unicorn

Make a list of the traps they tried in the book.

Make a drawing of your own plan for a unicorn trap.

In the news-The Unicorn Puppy

Summarize this article in 3 sentences

Include a description about where it live, what it looks like, what it eats, and its powers.

Include a picture of your unicorn in its habitat

Make a pic collage about your unicorn and its features.